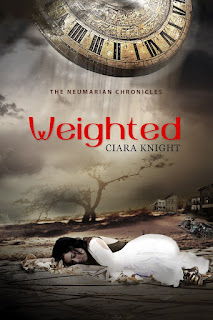 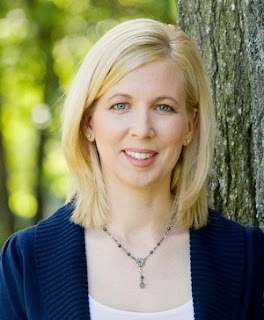 Ciara writes to ‘Defy the Dark’ with her fantasy and paranormal books. Her debut novel, The Curse of Gremdon, was released to acclaimed reviews, securing a Night Owl Top Pick and five stars from the Paranormal Romance Guild. Also, book I, Rise From Darkness, from her debut young adult Battle For Souls series, secured glowing reviews and won July Book of the Month from Long and Short Reviews.

Her first love, besides her family, reading, and writing, is travel. She's backpacked through Europe, visited orphanages in China, and landed in a helicopter on a glacier in Alaska.
Ciara is extremely sociable so please feel free to connect with her at her blog, website, Twitter, Goodreads, or Facebook,
Weighted (Prequel Novelette)

The Great War of 2185 is over, but my nightmare has just begun. I am being held captive in the Queen’s ship awaiting interrogation. My only possible ally is the princess, but I’m unsure if she is really my friend or a trap set by the Queen to fool me into sharing the secret of my gift. A gift I keep hidden even from myself. It swirls inside my body begging for release, but it is the one thing the Queen can never discover. Will I have the strength to keep the secret? I’ll know the answer soon. If the stories are true about the interrogators, I’ll either be dead or a traitor to my people by morning.

Other books by Cara Knight:
Battle for Souls Series
Rise From Darkness
Fall From Grace
Ascension of Evil - Coming in October