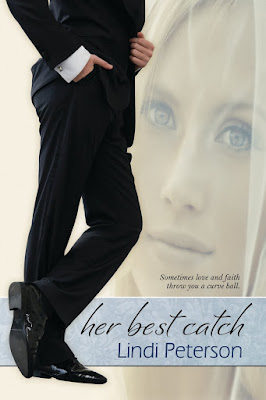 Allison Doll’s mother is rebelliously turning fifty, her two best friends have started dating and a gorgeous injured relief pitcher has joined her Sunday school class rocking her world into confusion, heartache and temptation, places she hasn’t visited in a long time, much less all at once.
But with the help of family, old friends she really hasn’t lost, a new friend she really can count on, and God, she finds herself no longer a girl waiting for life to happen, but a girl who’s ready to commit to her best catch! 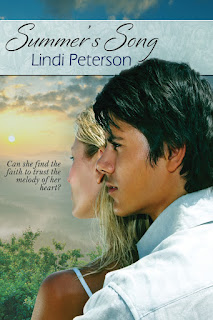 Pop-Princess Summer Sinclair doesn't know what to do now that she's cleaned-up and sober. She knows God's been nudging her, but since God is unfamiliar territory she feels scared and alone. Everything changes when
she meets Levi Preston, a Christian musician who tries everything he can
to show Summer what true love really is. But when Summer's life starts replaying
Levi's past, his faith is tested. Will visions of their past prevent Summer
and Levi from living the life God has for them? Or will true love triumph
giving Summer and Levi their own Summer Song. 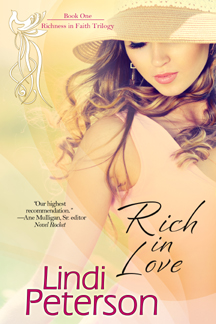 
John 3:16 "For God so loved the world that He gave His only begotten Son, that whoever believes in Him should not perish but have everlasting life."

When Ann Thomas is summoned to Florida for the reading of the will of the father she never knew, her life is forever changed. She learns she has a half-sister, she has the chance to inherit millions, and her name is really Angelina. Brett Hamilton, CPA, is assigned to help Ann spend a lot of money in a short period of time. As soon as his ‘assignment’ with her is over, he’s headed to Peru to be a missionary, something he’s felt called to do his whole life. Ann still lives with the pain of having a mother who chose world missions over her. Can Ann risk giving her love to someone who might give it back, or should she ignore her growing feelings towards Brett to keep her heart safe? 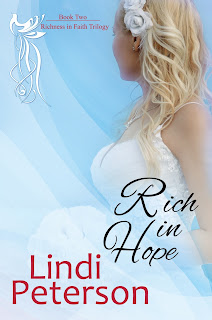 Isaiah 61:3 To console those who mourn in Zion, To give them beauty for ashes, The oil of joy for mourning, The garment of praise for the spirit of heaviness; That they may be called trees of righteousness, The planting of the Lord, that He may be glorified.

When beautiful underwear model, Jenny Harris, is scarred from a botched facial surgery she finds herself distraught and unsure. Her best friend, Katherine, offers her wildlife photographer brother’s waterfront home for a holiday sabbatical, since Stephen is on assignment in another part of the world. But Stephen returns home unexpectedly. It seems he was somewhere he wasn’t supposed to be, again, and his employer has grounded him. While Jenny doesn’t understand Stephen’s lack of compassion for her situation, he can’t understand her obsession about her looks. When Jenny, in an attempt to help Stephen out, announces to his boss that she's his fiance, a whirlwind fake courtship starts. But Jenny soon finds herself falling for the renegade photographer who’d rather spend his time in the wilds of the jungle than in civilization. Will Jenny’s new perspective on life give her the hope she’s been searching for or will it only lead to broken dreams and a broken heart? 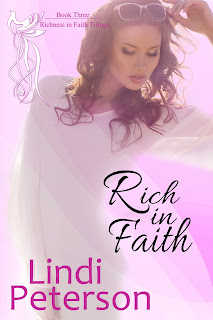 
Matthew 6:28 “And why do you worry about clothes? See how the lilies of the field grow. They do not labor or spin.”

Shelby Madison has spent her life rising up from the wrong side of the tracks. She’s made her way to Vice President of a successful small business in Atlanta, Georgia, and is engaged to marry the CEO of the same company. When her CEO fiancé ditches her, Shelby wants to get as far away from her life as she can. When the friend of a friend needs a housekeeper in south Florida, Shelby sees her opportunity to escape back to her beginnings, a place she probably shouldn’t have left. Upon arrival she finds out the position of housekeeper is no longer available, but widow, Court Treyhune, is in need of a nanny for his ten-year old twin girls. Settling into a luxurious life as the help wasn’t in Shelby’s plans, but she soon finds the twins aren’t the only ones in need of care. Shelby thought her wounded heart had issues, but Court guards his heart so tightly, if something doesn’t give soon, the twins may never know the love of their father. Can Court regain his faith in time to show Shelby how rich her life can really be? 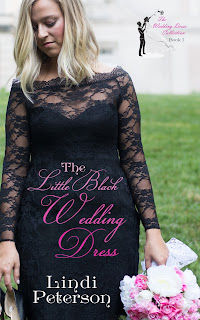 Legend says if you wear a black wedding dress you’re pining for a lost love.
When someone walks out on you they’re gone forever. At least that’s how Honey Hampton sees things. But before she can leave her sister’s graveside service, Honey runs straight into her past, her lost love, Porter Landon. Porter has returned to Flying Hills with his family… and a request. Seeking a respite from her grief, Honey tumbles headlong into the midst of Porter’s family drama. But Honey refuses to lose her heart again to the only person she’s ever been in love with. Porter is as gallant as he is regretful over his actions that caused Honey so much hurt years ago. Will Porter and Honey regain the love they thought was lost to them? Or will the same bitter mistakes destroy them once again?