Well. It's almost here. Christmas day. I don't know about you guys, but I spent my week getting ready for Christmas. I'm not a big shopping fan, so I went a little later at night. We really haven't run into any terrible crowds. I got some giveaway books mailed out. That's about it for my week. Oh, but I did bake some oatmeal raisin cookies..from scratch. I've never done that before. So I liked my week. How about you?
This week will be doing a little more to prepare for Christmas, but hope to get some writing done as well!!
2 comments:
Email ThisBlogThis!Share to TwitterShare to FacebookShare to Pinterest
Labels: Unwritten-Encourage the Journey

Well last week was certainly interesting. And encouraging! I was encouraged greatly by my editor who bought a 3 book series from me! The Richness of Faith series will be out in 2013 and 2014. So yes, I was encouraged last week! Now this week I need to be encouraged to write. :) How about you? What encouraged you last week? Were you an encouragement to anyone?
4 comments:
Email ThisBlogThis!Share to TwitterShare to FacebookShare to Pinterest
Labels: Unwritten-Encourage the Journey


Today I'm extremely thankful for computers, the internet and email. They have sped up the process of so many things. There are a couple of bank accounts I handle at my job that I do by hand--writing the checks and such--it's fine because we don't do a lot with those accounts, but I can't imagine running a full business on a ledger.

How about you? What are you thankful for today?
No comments:
Email ThisBlogThis!Share to TwitterShare to FacebookShare to Pinterest
Labels: Thank God It's Friday

Congratulations go out to JoAnn Durgin who won the $5 gift card last week for her participation in the 5 Word Challenge!

Well, last week was a busy week! I did manage to get some writing done, more critiquing done, more reviewing done and we had the absolutely most fun with Ciara Knight and her Did I Notice Your Book blog hop!

So, I'm thrilled with last week. How about you?
1 comment:
Email ThisBlogThis!Share to TwitterShare to FacebookShare to Pinterest
Labels: Ciara Knight, Unwritten-Encourage the Journey 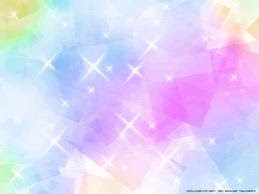 Psalm 45:1
My heart is overflowing with a good theme;
I recite my composition concerning the King;
My tongue is the pen of a ready writer.
2 comments:
Email ThisBlogThis!Share to TwitterShare to FacebookShare to Pinterest
Labels: Sunday Psalm


Thanksgiving isn't the only time of the year to be thankful, right? 'They' say thankful people are happier people. Hmmm. Sounds good, doesn't it?

There was a guy on a radio station here the Friday after Thanksgiving asking people what they were thankful for. He said the 'big ticket items, family, health, jobs, and such' were a given, so he wanted the 'other' things people were thankful for. There were a lot of great calls--people being thankful for everything from Chick-Fil-A honey-bbq sauce to WI-FI. Fun stuff.

I'm thankful for different colored Sharpies. All the colors make put me in a great mood and I feel pretty motivated to work when I get to jot notes with the Sharpies. (No comments on what that REALLY says about me.)

How about you? What non-big-ticket item are you thankful for?
1 comment:
Email ThisBlogThis!Share to TwitterShare to FacebookShare to Pinterest
Labels: Thank God It's Friday

Did I Notice Your Book

With all the new tools out there to monitor book sales and blurbs mentioned about their books, I’m going to highlight a new book each week. I’ll post it in the morning. If by the end of the day that author finds her book on this post I want her or him to tell us how they discovered it; word of mouth through the close network of writers, a Yahoo group mention, or through some new-fangled Google tool.

Now, how will I choose this book each week? It will be a book that caught my attention. As a reader, I will keep an eye out for something that either provoked me to read the blurb, look at the author’s blog, or purchase said book.

Before I reveal my choice I want to clarify that this author has no idea that I’ve chosen his/her book.

The book I've chosen is: The Perfect Rose by Felecia Rogers

Abandoned by his wife and left to raise a child alone, Caleb Reed falls short of the ideal work-from-home dad. He needs a woman to help him, in every sense of the word. At the suggestion of a friend, Caleb agrees to hire Ariel Lauren on a trial basis.

As an orphan, Ariel has more issues than just how to make it on her own. Yes, she needs the money that Caleb offers her, but more than anything she finds she desires his love. One calamity after another befalls her and jeopardizes her new job and her chance at having a family. But through it all, Caleb is by her side, his gruff exterior threatening to melt in the face of their shared attraction. Will they decide to continue life alone or will the magic of Valentine's Day bring them together?


I chose this book first because I loved the cover. I'm a sucker for romance--love--and all that inspires those special feelings. I love faces on covers and I love roses! So, this cover drew me in right away.

Then I read the blurb. Valentine's Day? I'm there. The author hooked me with the story line as well.

What do you think? Does this cover draw you in? Would you read this book?


Also, check out Ciara Knight's Blog for a list of all who are participating--and see who did indeed NOTICE THEIR BOOK!
15 comments:
Email ThisBlogThis!Share to TwitterShare to FacebookShare to Pinterest
Labels: Did I Notice Your Book Blog Hop, Felecia Rogers, The Perfect Rose
Newer Posts Older Posts Home
Subscribe to: Posts (Atom)